Groundbreaking new documentary film, THE INFAMOUS FUTURE insists that young black and brown men will not be labeled as one of America’s ‘problems’, but rather shows that they can be one of its greatest successes. (Courtesy of John Campbell)

“I have the greatest story that has ever been told.” These bold words from David C. Banks immediately takes you into “The infamous future â€, a new documentary that focuses on the inspiring educators and outstanding students of the Eagle Academy for young men schools in New York.

It’s a welcome glimpse into an educational model, sense of community spirit, and a support system that invests in young black and brown men in downtown communities. And, helps shape them into responsible leaders with strong character and a record of academic excellence.

Told through the eyes of teachers, students and alumni of Eagle Academy schools, it is a moving story of how a mission to empower, uplift and support these young men has resulted in great success. and challenges the often negative narratives conveyed about black youth. and brown men in America.

â€œWe have the opportunity every day to see negative news as not the only news of the day and take a look at something that creates a different and positive headline through Eagle Academy,â€ said John campbell who wrote and produced the film. “I wanted to write a story about something positive in education and hoped that would motivate the viewer to be inspired.”

Eagle Academy Schools, which are run by Banks, who is President and CEO of The Eagle Academy Foundation in partnership with 100 Black Men Inc., are dedicated to improving outcomes for young men of color in inner-city neighborhoods. 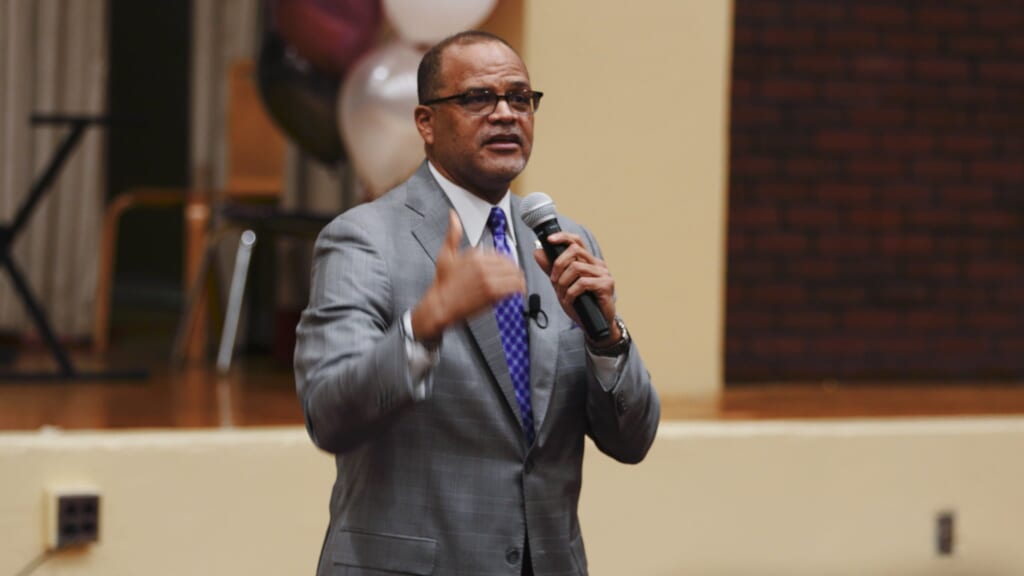 “A lot of people, you know, think you’re from the South Bronx, you won’t make it, you won’t go to college, you won’t be what you want to be,” Joshua Perez said in the movie. Perez, an outstanding student of The Eagle Academy For Young Men of the Bronx, shares many of the challenges he has faced in life as well as his triumphs as he completes his seven-year journey in school and prepares for to enter university. 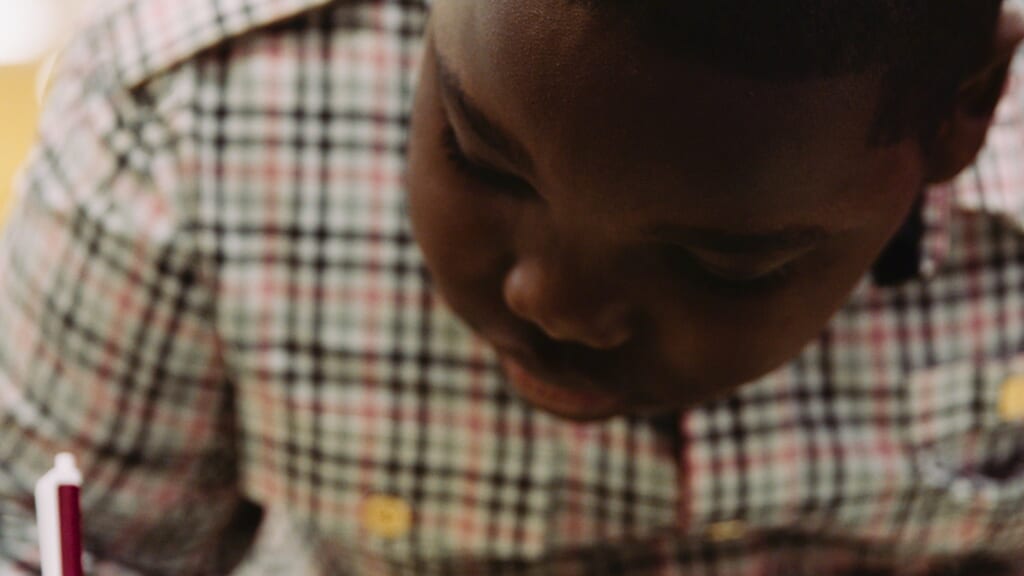 Since the establishment of the first Eagle Academy School for Young Men in the South Bronx in 2004, five more schools have provided education for nearly 3,000 young black and Latino men. (Photo courtesy of John Campbell)

The creation of these male-only public schools (Grades 6-12) was actually a positive response to something negative – a staggering statistic that 75 percent of New York State jail inmates came from just seven New York City neighborhoods. These neighborhoods, including the South Bronx, Brownsville, Brooklyn, and Harlem, are all places where Eagle Academy students feel at home.

“I sincerely hope that people are as inspired by this fight as they are troubled by certain statistics,” said the director of “The Infamous Future”, Richard butterworth Recount leGrio by email.

Since the establishment of the first Eagle Academy school for young men in the South Bronx in 2004, five more schools have opened their doors to nearly 3,000 young black and Latino men.

READ MORE: Critics call Georgia first lady for Stacey Abrams search: “I really want a family in the mansion to take good care of it”

What you see and feel while watching “The Infamous Future” goes beyond an understanding of what these schools offer. Viewers will become aware of the incredibly intentional support for the social and emotional growth of these young men of color. And, it will show how these schools and their leaders are working to fill some of the gaps in public education. 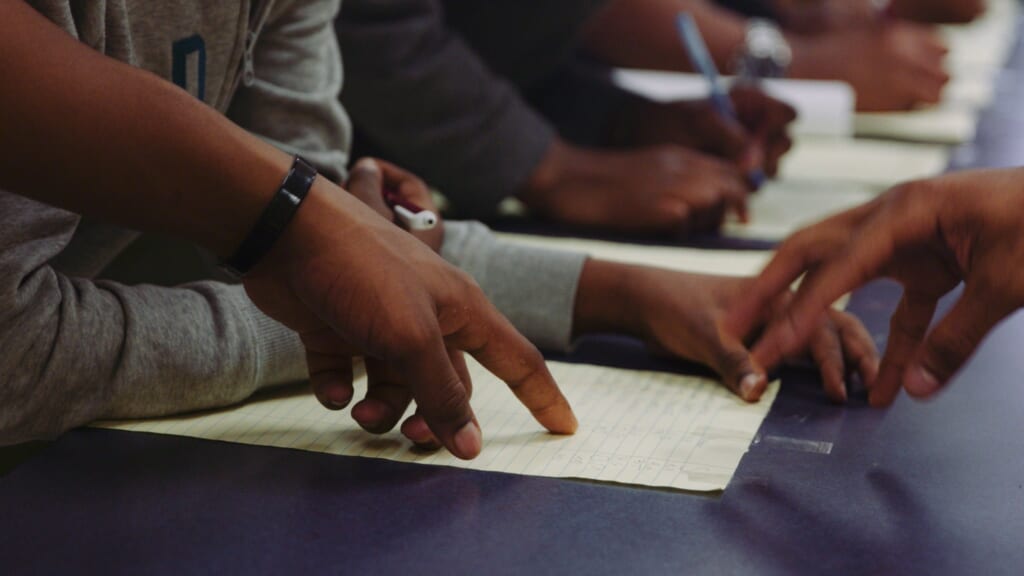 You see a real sense of brotherhood, conscience and community in Eagle Academy schools. (Photo courtesy of John Campbell)

Campbell and Butterworth spent nearly a year following Banks along with teachers, students and partners as they explore how this educational vision became a success. What these filmmakers so intimately capture is the spirit of ambition to learn and succeed that is instilled in these students.

You see a real feeling of brotherhood, conscience and community. It puts you in close, personal contact with “The Eagle Model” – an educational paradigm that has the potential to be successful in other parts of the country where help is needed to recover young black men from gangs and guns. fire.

It is already a success with “The Brooklyn 9”, an initiative where nine schools in the area of â€‹â€‹Brooklyn, New York have also adapted the Eagle model with the support of the president of the borough of Brooklyn, Eric. L. Adams, which is also featured in the documentary and New York Mayor Bill De Blasio.

â€œWhat I sincerely hope people learn is that despite the challenges that occur in our neighborhoods, in our country, and with some of the racial stereotypes that are imposed on many young black and brown boys, we have educators who are committed to making a difference, â€said Campbell. 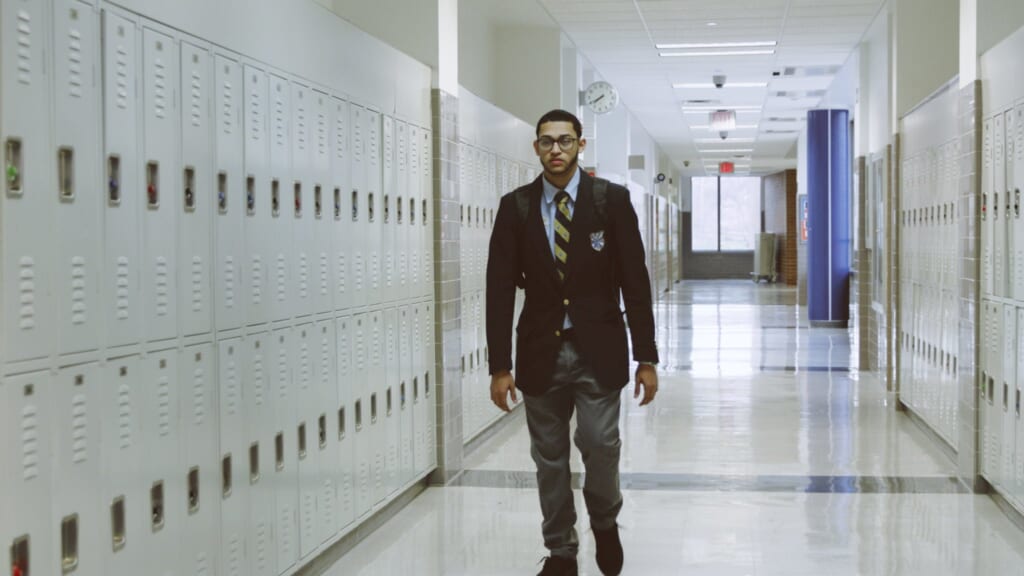 “What I sincerely hope people will learn is that despite the challenges that are happening in our neighborhoods, in our country …” –John campbell who wrote and produced the film.

â€œWe have visionaries like Mr. Banks and the founders of Eagle Academy who laid the groundwork for a positive break in the education system, and children and parents ready to dream.

Here’s a preview of the documentary below:

The infamous future, 2018 of Richard butterworth on VimÃ©o.